Exterior photos taken on August 24, 2015.  Interior photos taken on February 18, 2016.  Click on any picture to see a larger version.  The property is still in use — the garage is being used as a workshop and two large German Shepherds bark at pedestrians who approach.  It is unclear as to whether or not the house is in use.  The neighboring house to the south is being restored.

Queen Anne cottage on corner lot.  Wrap-around front porch has been removed since 1985.  Exterior stairway added on north side.

Two links of interest include the WI AHI entry as well as the realtor’s listing. 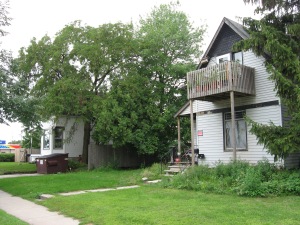 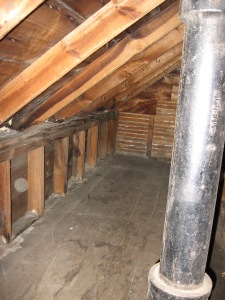 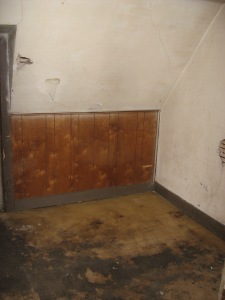 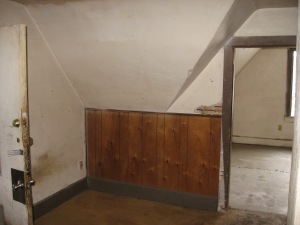 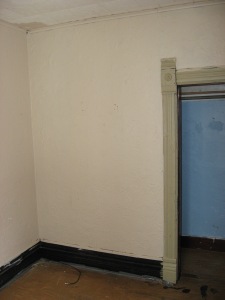